Its Really Got My Goat's Cheese

A long, long time ago, I can still remember how I got my goats together. One was called Willy the Billy and the other called Gertie. After a few shenanigans, one boy kid and a new milk stand later, we were ready to start milking. 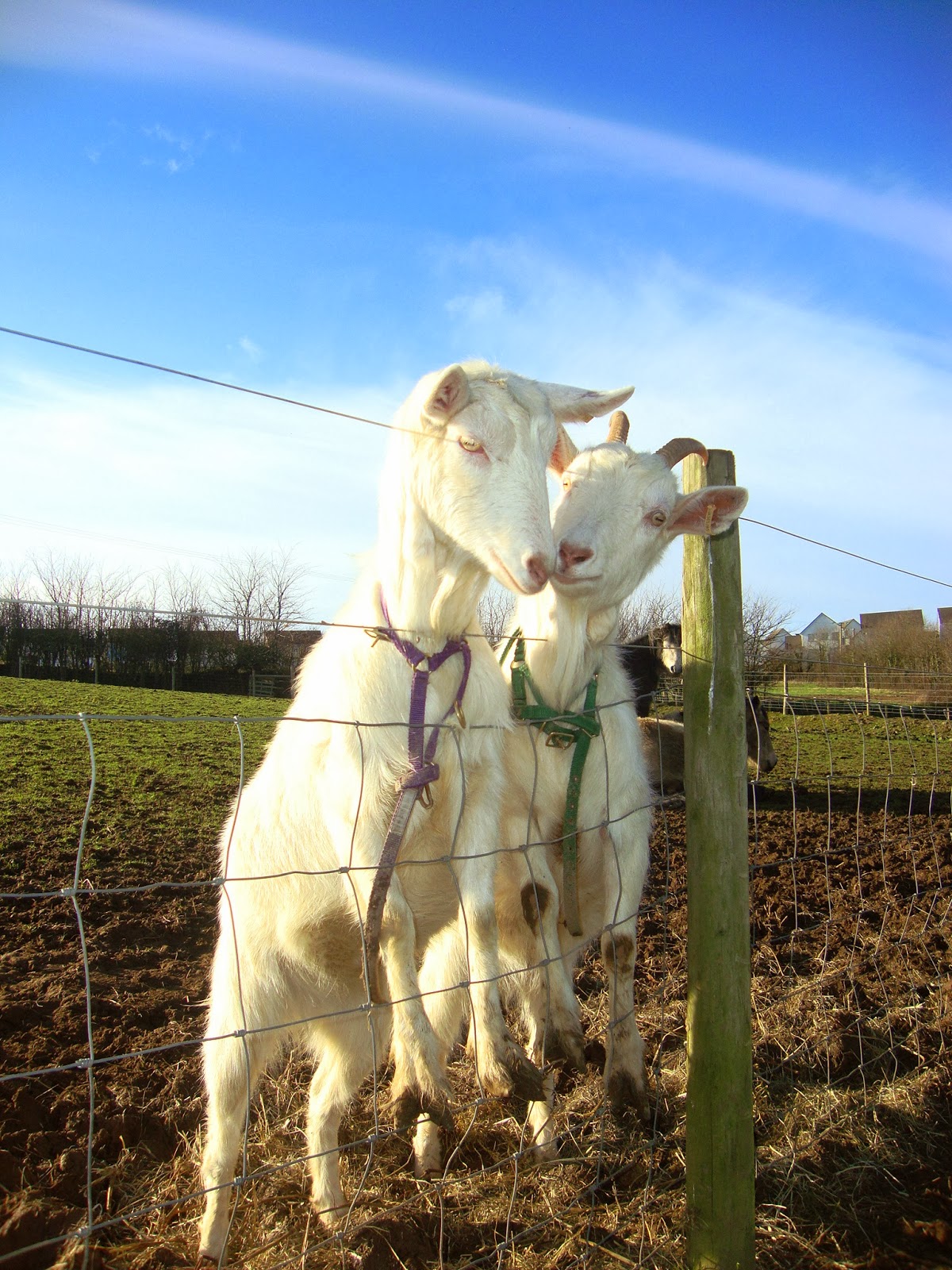 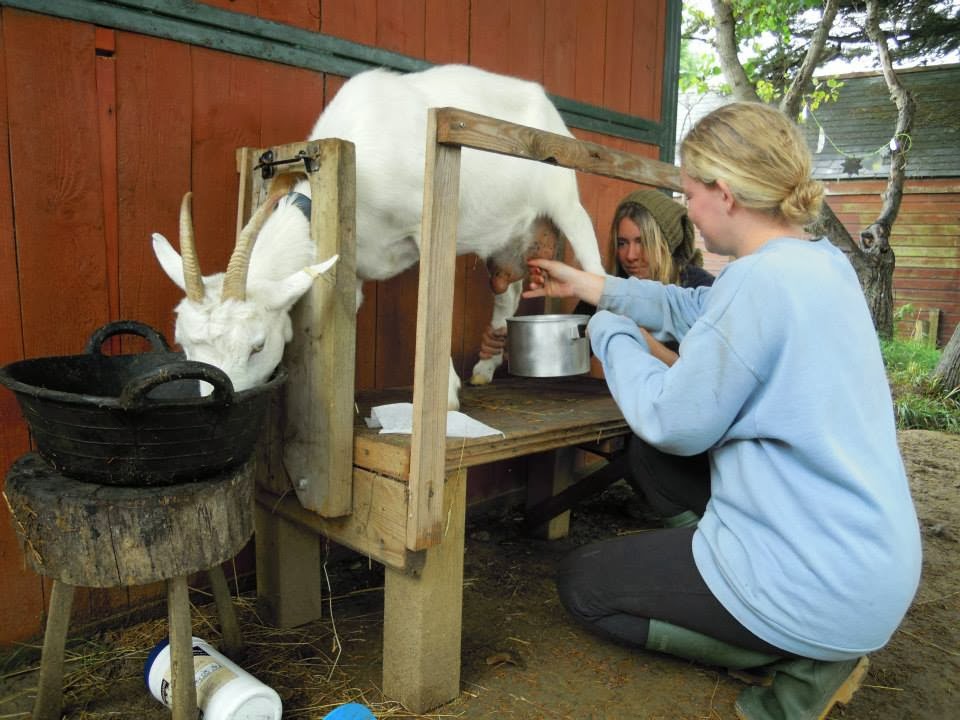 Gertie is a treasure to milk. She loves her daily routine and gladly runs down to the milking stand and jumps up happily, ready to begin. She's not the most prolific milker, but after rounds of teas and coffees, the cat's percentage and the weekly spillage, we still have enough left to make some cheese.

We thought we'd try our hand at something simple to begin with so we started with some soft goat's cheese much like ricotta. This was so easy. We just heated the milk to 37 degrees celcius, added a few drops of rennet (later we discovered lemon juice works too) and waited about 20 mins for the milk to turn into curds and whey. We cut the curds into squares with a knife (this, by the whey, feels really good), wrapped it in muslin and hung it over a bowl to drain. 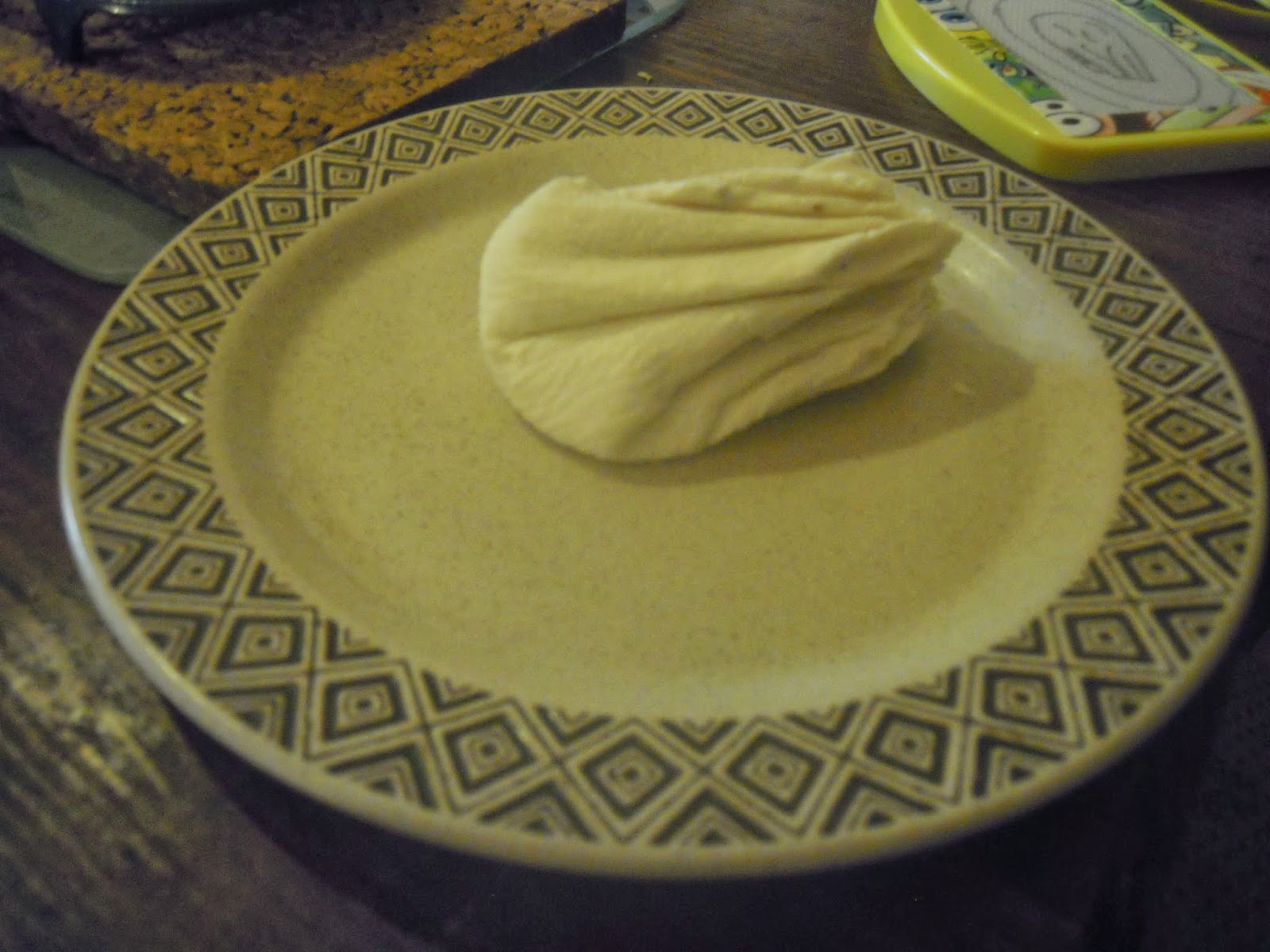 A few hours later, we had goat's cheese. It was astoundingly easy and tasted really good. In future I may add a few herbs and some salt and it would be just perfect. We made this several time and received lots of positive reinforcement, which both Jess and I are really into.

Buoyed by our own success and feeling rather cheesy, we decided to make one of our all time favourites.

“What does a cheese say when he looks in the mirror? HALLOUMI!”


The beginning of the process is very similar, however after the cutting of the curds we then let it sit for half hour, then heated it all up again (whey included) to 38 degrees Celsius. After this we made a very simply cheese press from a saucepan, with a steamer on top, lined with muslin, poured the curds and whey in and placed a plate on top, with something heavy on top of the plate. We left ours overnight, because we started late, but I think an hour or so should do it. 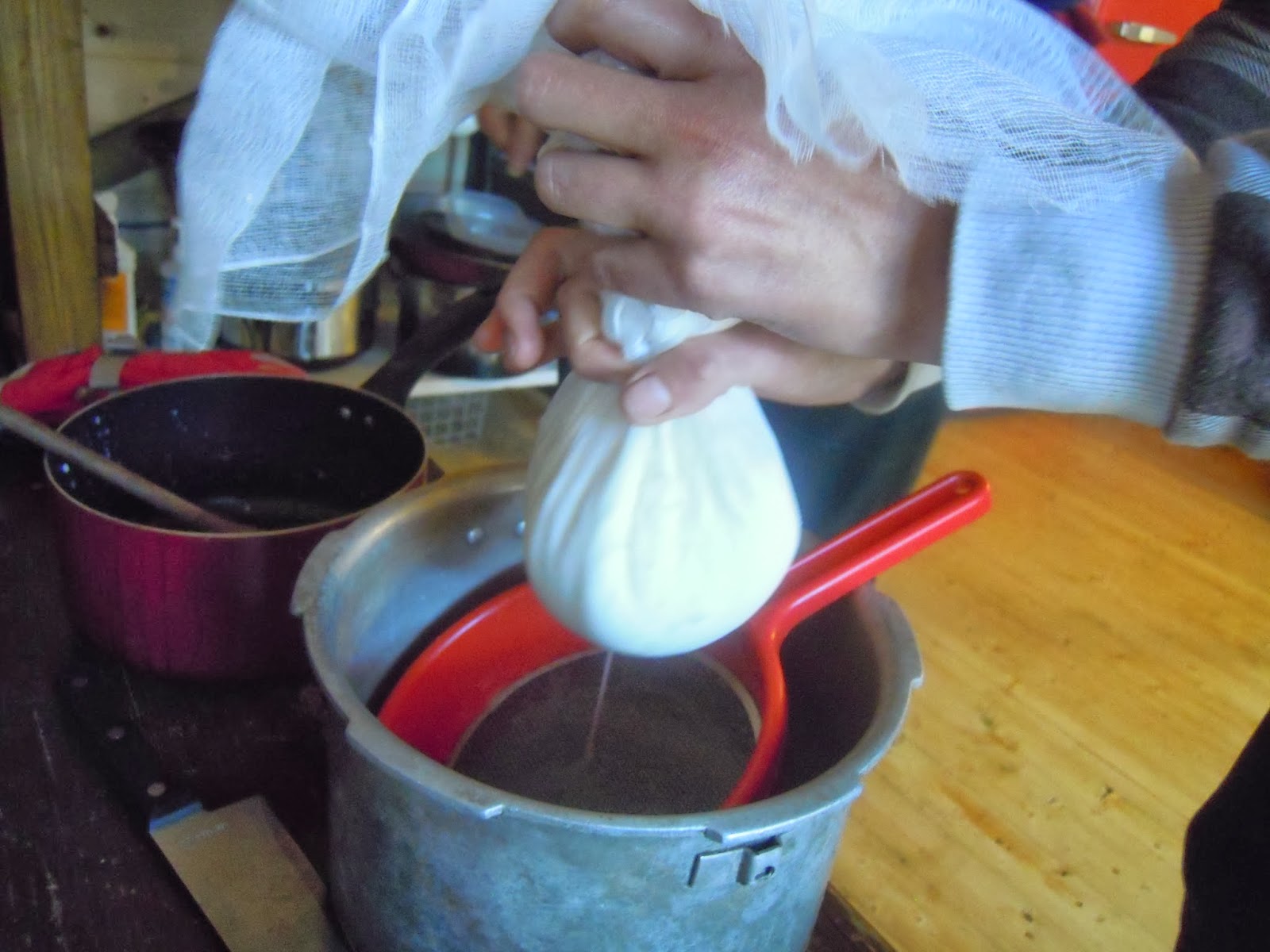 The next day, once it was firm, we sliced it up, sprinkled salt over our segments (we may have overdone this a little, but luckily we're a salt loving group) and heated the whey to 85 degrees, poaching the halloumi slices, which show ready when they float to the surface and can be removed. We had a sterilised container ready with left over whey (with added salt) and chucked them in. This kept in the fridge for a day before we were ready to eat it. 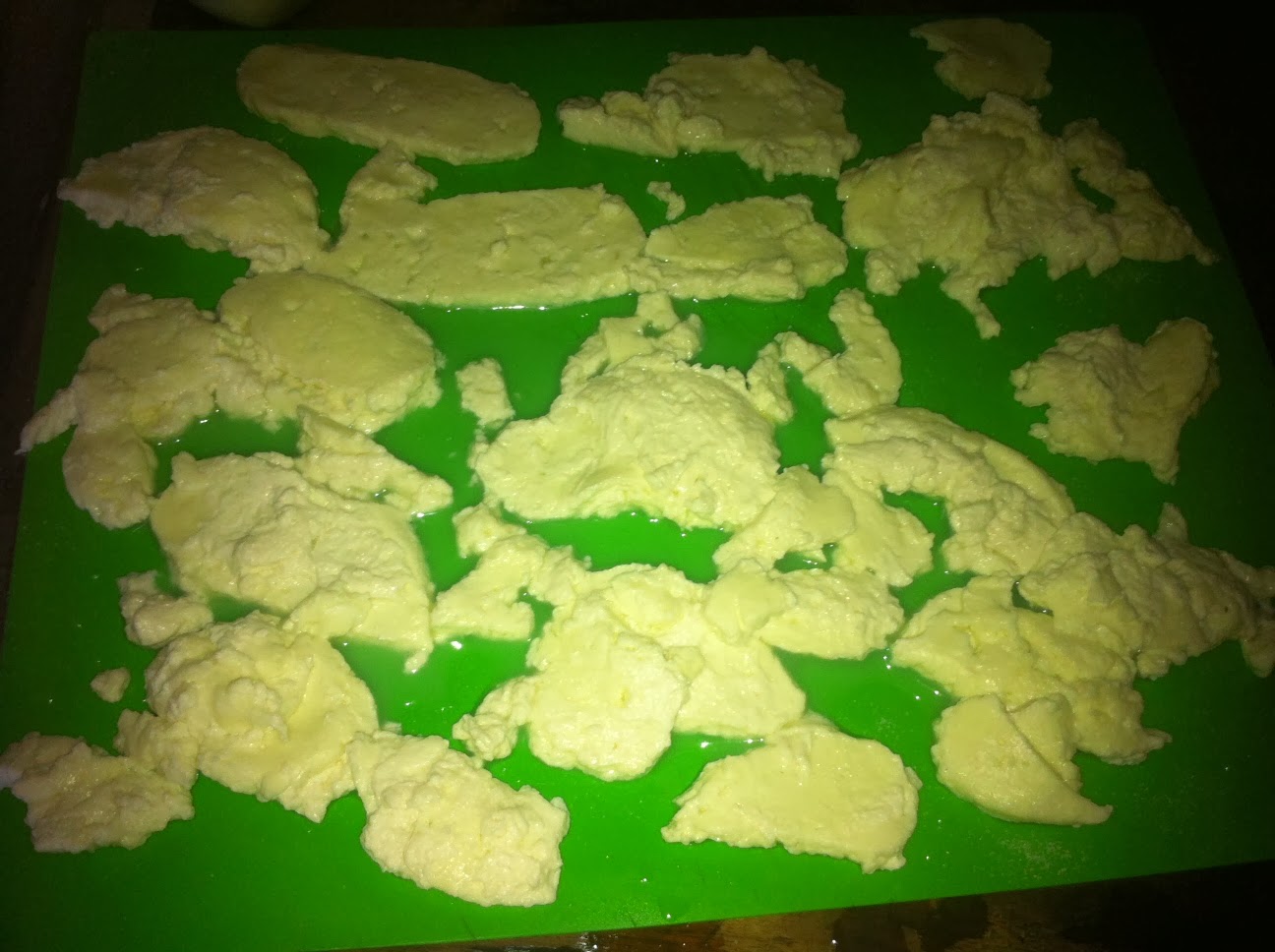 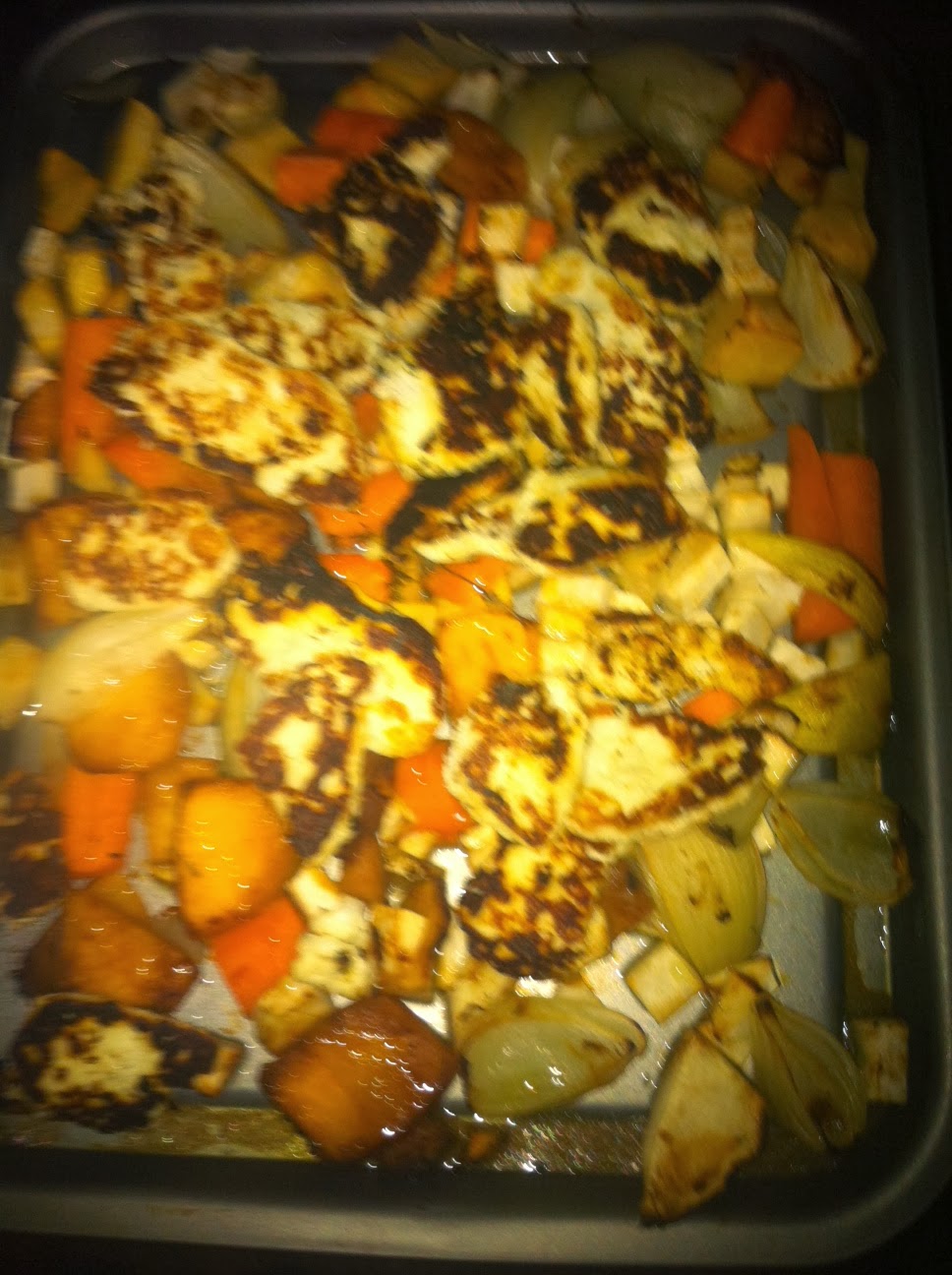 We cooked couscous, roasted vegetables and fried up our halloumi with it. It was fantastic. Our whole group loved the meal, and James, who was working nights, came back and devoured all the left overs at 4 in the morning. He was really happy. It was the first time he'd ever seen anything like it. 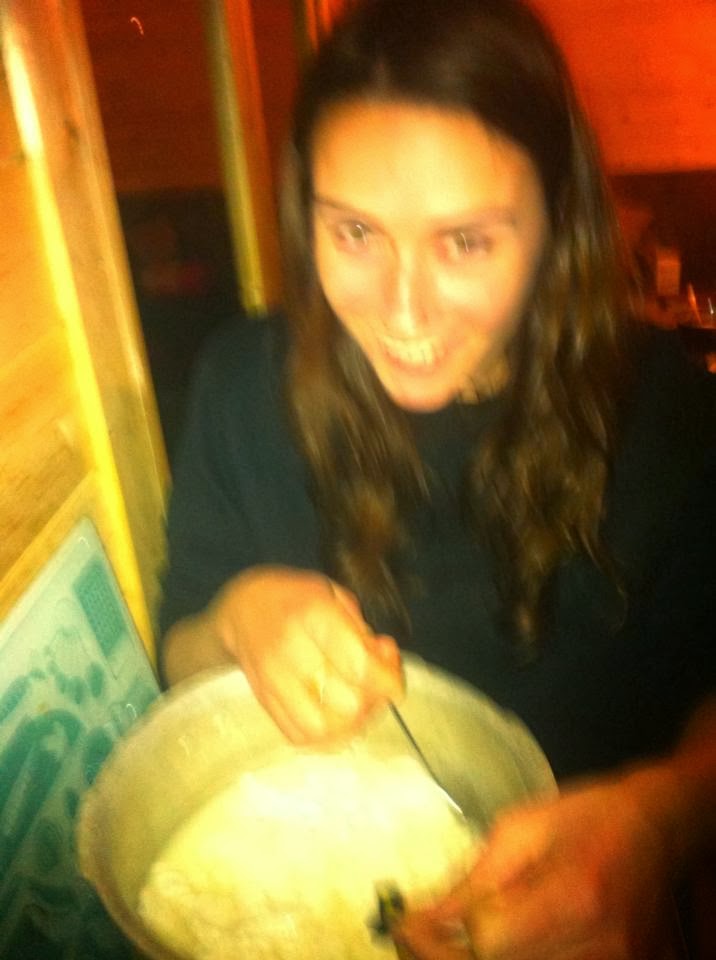 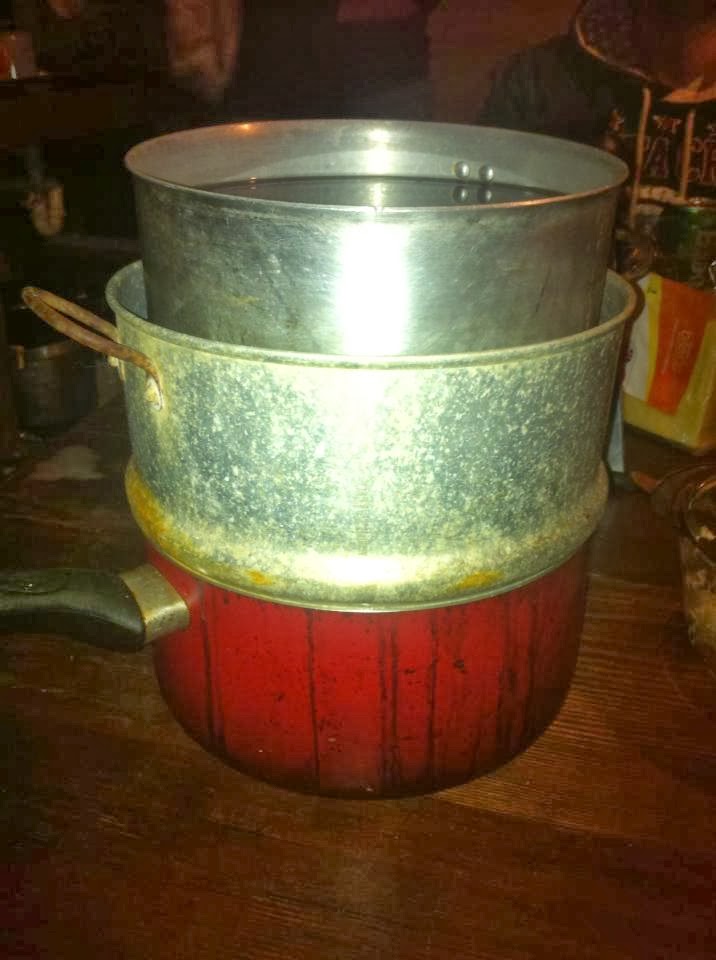 We've started putting our left over milk in the freezer, ready for our next cheesy project, which we think might be mozzarella.
Posted by Cerenety eco camping at 9:28 am 1 comment: