A BIT BLOGGED OFF.

I don't do depression… I’ve never asked the doc for happy pills… and I’ve never wanted to spend the
day with the curtains drawn… BUT THERE IS A LIMIT, and I think the British weather this summer may be it!!!

I now I understand why my friends called their baby NOAH, they clearly foresaw something the rest of us did not.

So yes, my veg and fruit have survived in their raised beds but the spinach "bolted" before
you could say Popeye, the peas were full of Eastern Promise (otherwise known as a
damp squib)  and if I catch that blackbird snacking on my precious strawberries once more,
it won't be juice dribbling down his fine feathers!

And breathe… Hello everybody, how are you? I’ve had my rant so I'll now focus on the divine area where the weather that God has graciously bestowed on England this summer is unable to penetrate: The Polytunnel.

I’m convinced that the autumn is going to be filled with long sun soaked afternoons and warm lazy evenings… oh no, you can't keep me down for long.
So in the spirit of optimism and moving on, although the tomatoes are still green they are alive, and I have decided to replant, just in case. Agreed, the only thing I can plant out right now is RICE but all my little tomato beauties will be ready when the cloud breaks (notice I used the singular there, it is only one, joined-up enormous, all-covering, grey, drizzly  blanket) NO, NO, mustn't dwell…

Another success story, (sorry cross out another) is the herbs. Thank you Lord. It has to be said that the perfume and taste really raises the spirit. Of course a couple of glasses of Vin Rouge would probably have a similar result but thankfully the pollytunnel allows the effect from the herbs to last a little longer. I am trying to convince myself that my fine herb patch is gardening in miniature. Screw up your eyes and the parsley becomes hydrangea, tarragon turns to willow, thyme transforms into honeysuckle and basil… a palm tree?!

Must go, the oven is the only place for my head… Dam, only got a microwave J I will have to make do with cooking myself some herbilicious microwaved concoction.

ps. I wrote this blog yesterday when the wind was howling and the rain was beating down. Amazingly the weather is beautiful now and the BBC says that it will be for a while. I have therefore added photos from today, full of sunshine and joy 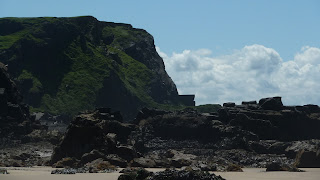 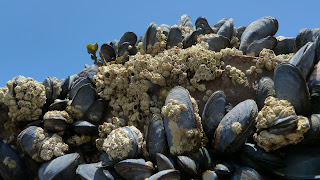 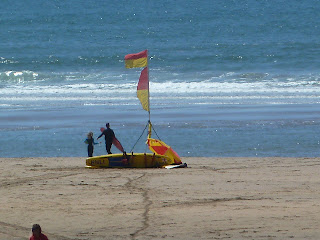 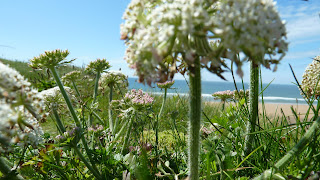 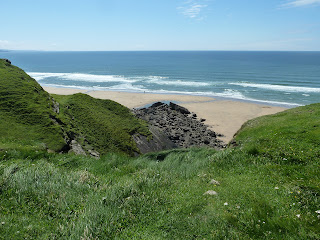 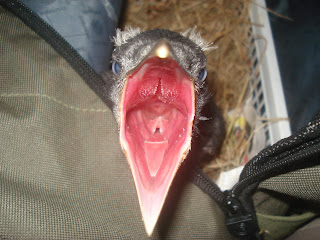 So how did we do? Well I'll start from the very beginning:

We're hoping that our visiting male stud alpaca, Adam lived up to his name and our 2 females are currently with child (or with alpaca). Attempting to wrestle Adam back into the van after he had 'done the deed' is an experience I'll never forget. Thanks to our big, strong volunteer Daren, we managed to 'tame the beast' and get him home. The gestation period of alpacas is 11 months, so we're hoping that they'll be due sometime around March 2013. 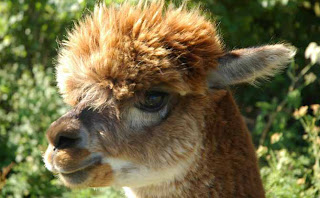 The rabbits and chickens don't take so long, they start in spring and give birth in spring, so we currently have tiny baby rabbits and a host of chicks. Somehow one of the eggs managed to roll underneath our sitting duck, who was extremely confused when a chicken hatched out from underneath her. We are therefore rearing 'Chuck' (an ingenious name thought up by my aunt combining chick and duck!) in a slipper in the house. She/He is doing very well, if a little baffled by it's parentage. 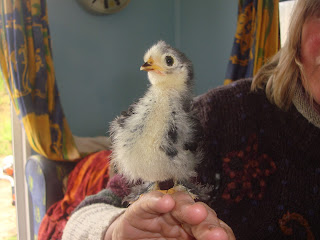 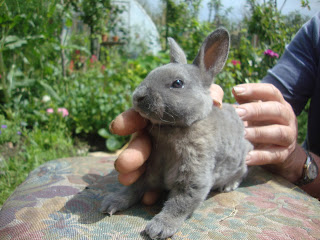 Our own lambs that were born on site are doing fabulously. Their mums Mini and Nancy, which were our first orphans from 4 years ago, are brilliant. Farmers often take the smallest lamb away if a ewe has triplets but we were able to leave Mini with all of hers as she has lots of milk and has looked after them extremely well. 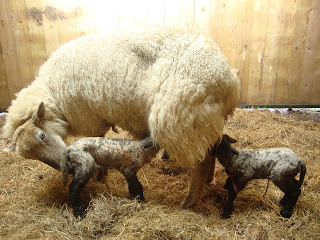 Our orphan lambs finally seem strong and healthy now. Unfortunately we had some fatalities which always happens when you're raising orphans, however we have also had some miracles. Over the last few months Lambzilla has suffered from eye infections, joint infections and parasites, but with some medication, much work and A LOT of love and attention from everyone here at Cerenety, he seems to have come through the worst of it and is now running around the field, bleating pitifully at all passing campers in order to get cuddles. We also have Dotty, Heatie, Cleo and Tommy, all of which have now been weened and are strong and healthy. 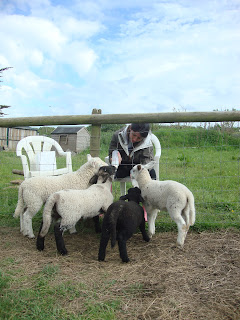 Finally our goats, Gertie and Daisy suddenly started fighting one day last week, which was very odd as they are usually joined at the hip. We discovered that Gertie was having a false pregnancy. We therefore decided to get a Billy goat to cover both our females, giving us kids next spring and more importantly a never ending supply of warm frothy milk. So yesterday we went to Holsworthy to pick up a 3 month old billy goat. We have named him Willy the Billy, and he's very happily munching hay in one of the stables as I type. 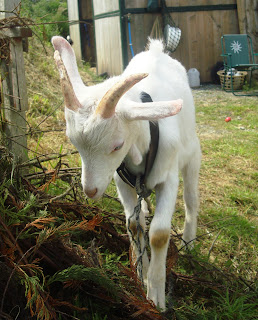 So... after the craziness of spring, I'm ready for what the summer will bring. Ponies to train, sheep to shear and Flipper to play with. The fun never stops!

Celli
Posted by Cerenety eco camping at 6:20 am No comments: